Are REITs Finally About To Take Off In The Philippines? 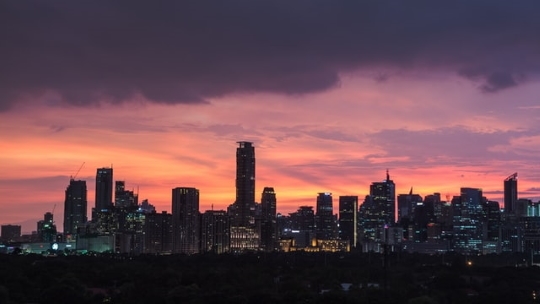 REIT legislation was passed in the Philippines ten years ago. However, to-date no REITs have been launched due to two major hurdles that developers have not been willing to accept. Firstly, a 12% property transfer tax and, secondly, a 67% required Minimum Public Ownership (MPO).

There has been a flurry of activity in the last six months with most commentators expecting these hurdles to be cleared finally. The latest regulatory move was on March 22nd when the Philippine Stock Exchange issued a public consultation paper on proposed amendments to the REIT listing rules, suggesting there is ongoing momentum.

The property transfer tax hurdle appears to have been cleared, first, the Tax Reform for Acceleration and Inclusion (TRAIN) 1 tax reform passed in January 2018, which implied that property could be transferred tax-free. This was subsequently confirmed under TRAIN 2 in  May 2018 and by the Bureau of Internal Revenue which stated that the transfer of property would be Value-Added-Tax exempt.

This leaves the MPO as the last major hurdle, and it looks like it will go away with the Securities and Exchange Commission (SEC) suggesting they are looking to reduce the MPO to 33% from 67% in the Implementing Rules and Regulations (IRR).

However, Ayala Land (ALI) announced on April 24th  that they would launch a US$500 million REIT seeded with Manila office assets. Interestingly, they said they are willing to go ahead using the MPO of 67% and will not necessarily wait for the revised IRR.

If Ayala Land does go forward with this REIT, we would applaud the move as it negates some of the risks and arguments highlighted below. It also strongly suggests that Ayala Land realises that the longer-term benefits of a well-conceived REIT outweigh the pure focus on tax optimisation.

MPO is a hurdle and shouldn’t be required

Our view is that there should not be an MPO at all and that sponsors should realise that it makes sense to reduce their stakes over time. The oft-mentioned reason for keeping a high stake is that developers are worried that there would be a hostile takeover of the REIT. Either this is a smoke screen to the real reason, or they have not grasped exactly how difficult it is to make a hostile takeover of a REIT, taking into consideration factors such as the REIT manager structure, management contracts, properties managed by a sponsor, political issues, etcetera.

Cynics might imply that the real reason to want to keep such a high stake is that (and unusually under REIT regimes), the dividend income from REITs to corporates will not be taxed in the Philippines, so this is a perpetual windfall for the already wealthy developers. In other words, there will be no tax due on rental income at either the REIT level or at the corporate holders of the REIT shares level. 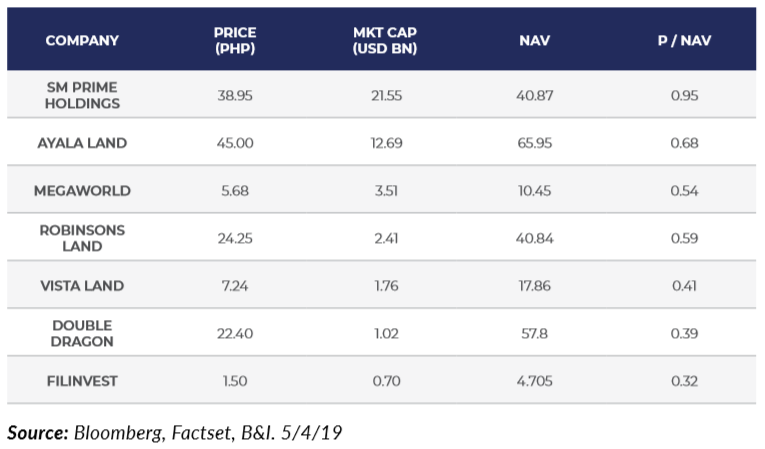 The solution that looks like being the compromise is that developers that launch REITs will have to reinvest the proceeds from the REIT in the Philippines and not overseas. This was evident in the March 22nd consultation paper issued by the Philippines Stock Exchange. However, money is fungible, so if a corporate that launches a REIT does invest outside the Philippines, it is inconceivable that the authorities can prove from where the money came! Plus, the vast majority of real estate companies generally invest most of their funds locally, not internationally, so why should they start going offshore just because they have launched a REIT?

Risks of a large majority shareholder

Therefore, it looks like developers will want to retain the 67% maximum allowed, assuming the MPO is reduced to 33%. The problem with this is that if you have such a large majority holder plus the other stable long-term holders, such as local pension funds, that REITs attract, it is unlikely that there will be enough secondary liquidity to either attract institutional investors or to justify a premium valuation. The risk is that we see an initial squeezing up in the share price due to the novelty as well as the low availability of shares. Ultimately, however, the REIT may trade at an illiquidity discount and therefore be unable to grow accretively.

We understand corporates that have built their wealth around real estate over generations do not want to lose direct ownership of their prized properties. However, if the sole reason to launch a REIT is the tax benefit to the sponsor or to offload problem properties, then these are not REITs in which we will invest in because they underperform better-conceived REITs.

As we have seen elsewhere, REITs that have the right structure and are professionally managed (not managed solely for the benefit of a sponsor)  perform better than other REITs and lower the cost of capital for the sponsor as well as the REIT. There is also built-in discipline and transparency with the REIT structure which leads to better focus and performance. This often seems to come as a surprise to the sponsor whose head shares perform worse than their REIT, and we see plenty of examples of this.

REITs that are launched purely as tax-avoidance vehicles will probably trade on low valuations and therefore have a higher cost of capital (trade on high yields), meaning they risk becoming zombie value traps.

We also see examples of this type.

Who are the winners?

How to play it? (Disclaimer: we have this barbell strategy in place). The beneficiaries and winners from this extended process are going to be the major developers with a sufficiently large and stabilised commercial real estate portfolio such as Ayala Land, Megaworld and SM Prime. DoubleDragon is also one to look at. Ayala Land and Megaworld trade at a large discounts to Net Asset Value (NAV) so realising some of the NAV will, by definition, push up the share price even if they do not re-rate. SM Prime will benefit primarily from having a cheaper funding source and a lower cost of capital which will help fund their future growth, such as the Manila Bay reclamation project. DoubleDragon has a pipeline of suitable properties although we think they need to be stabilised first and the overall portfolio expanded further before being ready to launch a REIT.

In conclusion (and before Ayala Land’s announcement to go ahead with a REIT even with a 67% MPO), the setup that looks likely to prevail with a 33% MPO is not a best-in-class solution because the incentives and multiplier effects that make REIT regimes such a success at many levels are out of balance. We hope we are wrong, but it also appears that the developer’s focus is more on a one-time NAV uplift and the perpetual tax benefit, rather than considering the multiplier effects and lowered cost of capital that a well-managed REIT brings.

However, perhaps the best thing is to get REITs launched in the Philippines, even if they are imperfect at the start. This has often been the case elsewhere; it takes time for the market participants, including the government, to get comfortable with REITs and to understand how beneficial a REIT regime might be. As the market does get comfortable, the regime can be tweaked to improve it, and the well-managed REITs outperform, encouraging others.