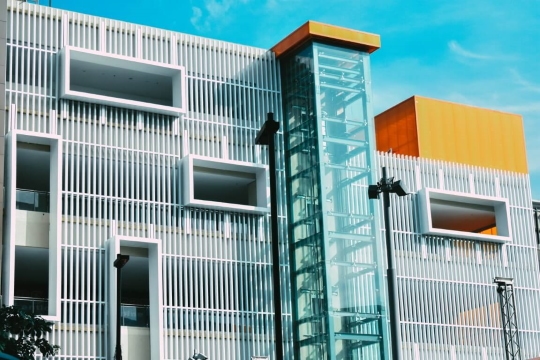 Another year has passed without a Philippine REIT being launched and since we wrote the article, “Are REITs Finally About To Take Off In The Philippines?”

This means it has now been 11 years since REIT legislation was passed, and all we can say today is that we are certainly closer than a year ago with some positive developments. However, don’t hold your breath. A run of adverse global and Philippine-specific events has clouded the outlook culminating in COVID-19 which has put everything on hold.

There have been periods over the past decade when launching a REIT in the Philippines would have been a lot easier, particularly during the 2017-18 period. However, and even once we are through the COVID-19 freeze, we are not in one of those periods now. That is unless the developer sponsors are willing to reflect the risks in the pricing of their REITs, which is very unlikely. One avenue to get the first REITs launched would be for the REIT sponsor to place shares to local, yield-starved pension funds that might not be as sensitive to pricing than regional investors.

The landscape is finally ready

The good news is that the last remaining hurdle, Minimum Public Ownership (MPO) has been cleared. As a reminder, the MPO was initially proposed to be 67%, a level that developers were unwilling to accept. The Securities and Exchange Commission (SEC) has said they would reduce the MPO to 33% in the Implementing Rules and Regulations (IRR). Our view is still that the MPO issue was a red herring, and the market should be left to decide the appropriate level of public versus related party ownership. For example, if secondary trading liquidity is too low, the REIT will tend to trade at a lower valuation (higher yield) which means it risks becoming a value trap that is unable to grow successfully.

The Philippines has had a run of bad luck that has hit the real estate market and increased the perceived risk of investing there.

Office demand has been hit on two fronts. Firstly, the BPO industry is not growing like it used to and has not recovered the growth levels it saw before 2016. In the immediate aftermath of Trump’s 2016 election, there was his call to bring business back to the U.S. which put many BPO operators’ expansion plans on hold. As it turned out, BPO operators did not move operations to the U.S., but the risk was out there, and this coincided with risks around increasing automation and growing cloud-based AI for call-cent BPOs.

The second blow to office demand was self-inflicted. The Philippine Offshore Gaming Operators (POGOs), essentially online gambling sites servicing Chinese mainland gamblers, filled the growth gap that had been left by the BPOs. The vast majority of POGO workers are Chinese citizens, often illegally in the Philippines. The influx of Chinese POGOs was unpopular with locals, but their firms took up a lot of office space and drove condominium sales.

The catch is that POGOs are conducting a business that is illegal in China, and the Chinese authorities are going after them as offshore gambling revenues fall outside the Chinese tax net. In the longer-term interest of the reputation and health of the Philippines, POGOs should not have been allowed to grow to the size and influence they reached.

As well as increasing pressure on the Philippine authorities to clamp down on POGOs, COVID-19 has meant that the Chinese authorities can legally and with good reasons not allow Chinese POGO workers to travel.

It feels like a distant memory, but even the eruption of the Taal volcano in January has added to the perceived risk of Manila and sums up the situation. The eruption, Taal’s first in 40 years, has died down but the active volcano is less than 60kms from Makati and BGC, Manila’s CBDs, where the bulk of most REIT assets will be.

Despite these negatives, Ayala Land released the preliminary prospectus to launch ‘AREIT’ in early February. AREIT will be an office REIT, comprising three assets worth 31 billion pesos or US$ 600 million in Makati.

It was good to see that Ayala decided on a free-float of 49%, much higher than the minimum of 33% under the newly approved REIT regulations. However, the IPO will only be distributed to local investors and, at US$300 million free-float with a large percentage of that placed to local pension funds, will probably have minimal secondary trading liquidity.

This brings us back to the point we raised earlier. If you have such a large holder plus the other stable long-term holders, such as local pension funds, that REITs attract, it is unlikely that there will be sufficient secondary liquidity to either lure offshore institutional investors or to justify a premium valuation. The risk this brings is that the share price will rise initially due to the novelty as well as the low availability of shares. However, this normally does not end so well and could result in excess volatility in the share price. After the initial squeeze, the REIT may ultimately trade with an illiquidity discount, and is therefore unable to grow accretively.

We applaud Ayala’s decision to move forward with their first REIT. They announced this even before the MPO limit was reduced, and this shows, along with their long-term involvement with APREA (The Asia Pacific Real Estate Association), that Ayala understands the benefits a REIT can bring to the sponsor when structured correctly.

REITs that have the right structure and are professionally managed (not managed solely for the benefit of a sponsor) perform better than other REITs and therefore lower the cost of capital for the sponsor as well as the REIT. There is also built-in discipline and transparency with the REIT structure, which leads to better focus and performance at both the sponsor and REIT level. The sponsor can focus on what they do best, sourcing and developing land, while the REIT can focus on incrementally improving the tenant experience and thereby increasing rents. Launching a REIT for Philippine developers should result in their share price trading higher. Developers currently trade at significant discounts to their NAV (Net Asset Value), see table below. Launching a REIT would crystallise the market value of the properties put into the REIT, injecting the cash proceeds into the developer, thereby boosting its share price.

However, REITs that are launched purely as tax-avoidance vehicles will probably trade on low valuations and therefore have a higher cost of capital (trade on high yields), meaning they risk becoming zombie value traps.

The set-up that looks likely to prevail with a 33% MPO is not a best-in-class solution because the incentives and multiplier effects that make REIT regimes such a success at many levels are out of balance. We hope we are wrong, but it also appears that some developers’ focus is more on a one-time NAV uplift and the perpetual tax benefit, rather than considering the multiplier effects and lowered cost of capital that a well-managed REIT brings.

We conclude that perhaps the best thing is to get REITs launched in the Philippines, even if they are imperfect at the start. It takes time for the market participants, including the government and stock exchange, to get comfortable with REITs and to understand how beneficial a REIT regime might be. As the market does get comfortable, the regime can be tweaked to improve it, and the well-managed REITs outperform, encouraging others.

If the developer sponsors can see through to what the valuations need to be in the current environment, then they will launch REITs at yields that reflect the significantly higher risks that the Philippines currently offers. Somehow, we doubt this so, if REITs are introduced, it will be at valuations that will only be attractive to local pension funds that are starved for yield.