The Impact of Biden on Asia Pacific REITs 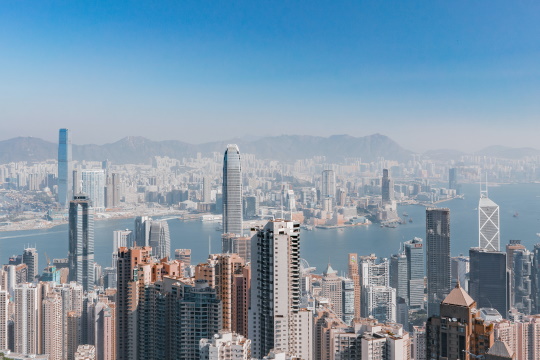 The impact of Biden’s administration on Asian Real Estate and REITs is likely to be more positive than negative.

First of all, a more engaged US with the leaders in the Asia Pacific after four years of the Trump administration that tore up conventions and agreements such as the Trans-Pacific Partnership can only be seen as positive.

Upon taking the helm as the US President, several analysts have noted that Biden has appointed several experts on Asia in his foreign policy team.

The appointment of Kurt Campbell as the National Security Council’s Indo-Pacific affairs coordinator, according to many, shows the administration’s seriousness to engage the Asia Pacific in his term.

While we expect Biden to remain hawkish on China, especially on economic competition, cybersecurity, and human rights, he will also look for cooperation in many areas with the world’s second-biggest economy.

Also, while tariffs may not be removed immediately, a détente in the escalation of trade barriers as the main tool to compete with a rising China is likely and would be positive for the region.

Concerning North Korea, Trump’s bromance with Kim Jong-un did little to improve the security situation in North Asia. Leaders in Japan and South Korea must be looking forward to a US President who will seek to strengthen the alliance rather than one who threatens withdrawal if not compensated.

Economically, the Biden Administration’s approach will certainly impact the near-term growth outlook for global markets. In March, he signed a US$1.9 trillion Covid relief bill, which sends direct payments of up to US$1,400, extends a US$300 a week unemployment benefit, expands child tax credit, and sends funds for vaccine distribution.

In late June, Biden struck a deal with a bipartisan group of senators, effectively agreeing on a $1.2 trillion, eight-year spending plan on infrastructure. The agreement includes funding for roads, bridges, the power grid, public transport, and the internet. There is also a larger deal that may not get bipartisan support that seeks spending to expand child care and fight climate change, which could be a sticking point for the recently agreed upon bipartisan infrastructure bill.

Such significant stimulus and infrastructure programmes will help lead the US economy out of the pandemic and at the same time benefit global growth. Asian economies stand to gain, especially entrepots like Singapore and Hong Kong.

Longer-term, it remains to be seen if today’s deficit-led spending and strong growth that accompanies it as the economy reopens will lead to a short-term burst followed by a long period of stagnation as we have seen in the Japanese economy. Japan suffered more than two decades of stagnation following the collapse of an asset-price bubble in 1991.

The near-term impact of Biden’s proposed policies have been felt in the reflation trade in Asia, and generally, developers have been the beneficiaries. While the infrastructure bill still faces some opposition, the bipartisan smaller bill will likely pass to help rebuild the US infrastructure.

As mentioned above, the second bill, which tackles more social issues, may struggle to get full support as moderate democrats may side with republicans and either reduce the size or kill it entirely. This would probably take some concern away from the treasury market and help keep rates from rising in response as much as they would if the second larger package were to be passed.

Smaller overall stimulus and potentially a weaker near term USD as rates would rise less would be positive for Asian REITs, in our opinion.

In April this year, the International Monetary Fund (IMF) projected a 6.4% growth for the United States in 2021. Asia, meanwhile, has been forecasted to grow by 7.6% during the year.