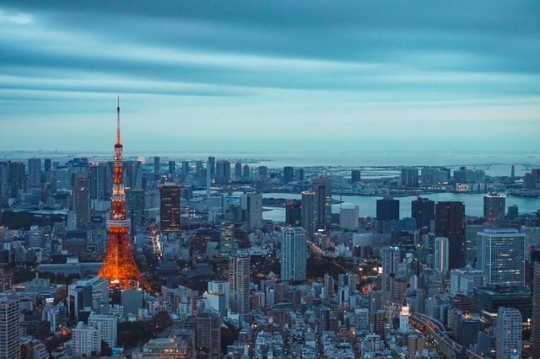 In January 2019, we wrote an article titled “J-REITs Secondary Offerings Unfairly impact Issuers and Investors.” In the article, we argued that the lengthy offering periods for secondary offerings by J-REITs led to underperformance of the issuer, a higher cost of equity due to a discount and price erosion during the offering period which could impact the metrics of the transaction. We wrote that accelerated bookbuilds (ABB) would be a more efficient way for J-REITs to issue equity to fund acquisitions.

On June 23, after the market close, GLP J-REIT launched an accelerated bookbuild, and its shares traded on the morning session of June 24, losing just 40bps. In only a few hours, the deal was easily covered to finance their acquisition of logistics centres from their sponsor and was priced with a slim 1% discount to the closing price of June 24 and a 1.4% discount to the closing price the day when the deal was announced.

By comparison, Industrial Infrastructure Fund (IIF) announced a secondary offering on July 27 at JPY192,645(dividend-adjusted). The offering was extremely accretive and quite straightforward with the tenant risk and strategy well understood after a short conversation with management. The deal was also extremely well supported by investors. The deal was announced on July 27, but the books opened several days later, and the offering closed on August 3 and priced on August 4 at JPY182,845, a 5% discount to the closing price on the day of offering announcement. In contrast, the TSE-REIT market rose 80 bps and logistics JREIT soared over the announcement, bookbuild and pricing period with Mit Estate Logistics, GLP JREIT and Lasalle Logiport increasing 6.5%, 4.4% and 4.1% respectively while IIF slumped 2%. The difference between the unit price at the time of offering and the amount received by the issuer was 8.12% when fees are included. Further, on August 12 – the first day retail investors were eligible to sell – many retail investors opted to take profit on the offering’s discount, and IIF stock fell 3.8% with 64,000 units traded, over six times the daily volume of the preceding six months.

We participated in both offerings. We believe had the IIF transaction been done as an overnight bookbuild, the discount would likely have been similar to that of GLP’s, and the underperformance over the bookbuild process would have been eliminated. This would, in turn, have led to even more accretion and performance to existing investors.

While the GLP offering was successful in limiting the impact of the capital raise on the unit price, there were some shortcomings to the offering. The offering was mainly only targeted at overseas investors, whom the management felt would be able to make a quick assessment of the deal’s merits.

We understand that domestic participation, both by institutions and retail investors, was limited or nil. We do not like to see any investor excluded from an offering no matter the size. This offering was below 5% of shares outstanding.

While we recognise that there are problems to include retail investors in overnight offerings, a solution, as we argued in the original article, would be to retain a portion for retail investor commensurate to the size of their holdings and to have either investors or an investment bank underwrite the portion in the case retail investors chose not to participate.

Based on our understanding from the bookrunners, such a solution is not currently possible in Japan, but in overseas markets like Australia, they have retained investor entitlements. As for domestics institutional investors, we believe that most in Japan would have sufficient knowledge of the REIT’s track record in acquisition and valuations and quality of the target assets to make a decision within a few hours.

It is unlikely that the domestic investors in the IIF offering visited the properties before participation during the pandemic to complete their due diligence review. Institutional demand in the IIF offering from institutions only came in the last hours of the offering after the deal was significantly oversubscribed. The GLP offering did not suffer from a weeklong overhang and traded up immediately with no selling as is often the case from retail investors once the units are delivered.

We hope to see more small offerings like this, in which domestic institutions can participate and that regulators, issuers and investment banks find a solution to allow existing retail investors to join in the offerings.