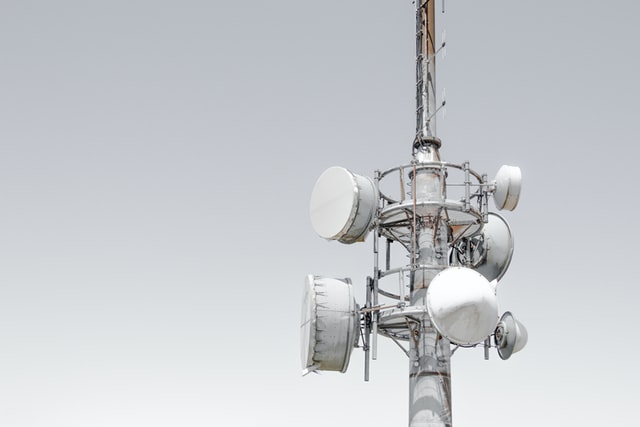 REITs with exposure to technology were extremely popular before the Covid-19 outbreak due to their stronger than average growth within the real estate sector. The outbreak saw a further strengthening of REITs that were beneficiaries of rising data usage as more corporates outsourced data storage to cloud providers.

As a result, data centres (DC) and cell towers, alongside logistics REITs, benefitting from secular growth, saw demand trends accelerate during the pandemic. Demand for Zoom conference calls, for example, required Amazon Web Service (AWS) to ramp up its capacity to handle the surge in usage as an example of rising demand according to Zoom’s CTO. Microsoft’s Azure, a major tenant of DC operators, also benefitted tremendously as Microsoft Teams grew in corporate popularity. Corporates globally followed the same trend that was evident in the U.S. Many, including ourselves, have migrated from on-premise I.T. and data storage to hybrid or full cloud adoption. Gaming and entertainment like Netflix, Hulu and Disney all saw massive surges in demand for streaming which will likely remain high and fuel additional demand for data storage and streaming.

As a result of these secular trends and increased demand during the pandemic, valuations for DC have reached very high levels, and it is very likely capacity will rise as private equity, and others, rushed to raise capital to develop the facilities to meet demand.

Recently, new funds have been launched to develop greenfield sites into new DCs. However, not all DCs are created equal. REITs that own DCs span those that have “moat-and-operate” businesses, facilities that just lease racks, operators that provide simple core and shell and power to the tenant, hyperscale DC owners and edge DCs.

Edge DCs are smaller facilities located close to the populations they serve. They deliver cloud computing resources and cached content to end-users. They are seen very likely to benefit from technologies such as 5G, IoT and driverless cars.

Across the board, all of the DC-linked names have generally done well. However, we are concerned that despite the strong secular demand, some areas could eventually see excess supply. Therefore, we have focused our investments on names that operate businesses where much of the value is in the operations rather than the real estate.

Companies like Equinix, NextDC, and to some degree SUNeVision, attract corporations to move into their facilities by providing a full or hybrid solution. Besides, their data centres house servers of critical applications to which tenants could directly connect.

Cross-connects are physical connections that link the customer’s I.T. networks to applications, cloud and I.T. providers. This allows for very reliable, low latency exchange of data, via a fibre cable within a data centre. It is common for one customer to have multiple cross-connects within one data centre, and therefore, to move from that data centre to another that offers similar connectivity becomes difficult, creating the moat. For example, we calculated that EQIX has approximately 30 cross connects per tenant by dividing the number of cross-connects that they report with the number of tenants. NextDC mentioned that they have on average nine cross-connects per tenant, and their older, more established D.C. currently has 12 per tenant. Other D.C.s that are not offering this solution but simply renting rack space, or colocation, do not have the same tenant stickiness or moat as we call it.

The cross-connects themselves are revenue sources, and as the data centre adds more providers, the potential for greater connectivity will lead to further revenue growth. As such, we believe that the value of the business is in the operations, which helps to improve the value of the land or building. As a result, we have stakes in Equinix and SUNeVision, which runs a retail business similar to EQIX and also operates hyperscale DCs. Often their data centres are located in hard to build locations with excellent network connectivity and power supply which further isolates them from the competition. We are cautious about older DC exposure in hyperscale, wholesale or non-mission critical activities that could be moved out more quickly and do not have a similar moat.

Cell towers have also benefitted over the last few years due to strong leasing demand from telcos in the U.S. The three principal independent tower owners form an almost oligopoly on tower ownership after carriers sold their towers off to fund network expansions. The three main independent tower owners in the sector have also been able to increase colocation by carriers to their towers which vastly impro ves returns. Going forward, 5G technologies will require more tower space as high-frequencies data-rich cellular services tr avel shorter distances and also have problems going through buildings. This bodes well for the existing tower owners as they will continue to see higher colocation and some are integrating small cells in urban environments to complement their tower coverage.

It is challenging to create new towers due to their appearance, and they also fall into the NIMBY (not in my backyard) category, so the risk of future supply is very low, which should allow the cell tower REITs to continue to profit. We prefer exposures to the U.S. market rather than international tower owners. We have holdings in both SBA Communications and Crown Castle International, which despite its name only owns towers, fibre and small cells in the U.S.

Overall, we have broad exposure to the REITs mentioned above, along with industrial and logistics. In the recent rotation, they have underperformed the more cyclical dependent traditional REITs. However, we believe that once Covid plays out, theses will find support as their growth will continue to exceed that of the more structurally challenged sectors that may struggle to reach their previous rental levels as work-from-home and other changes impact their models.