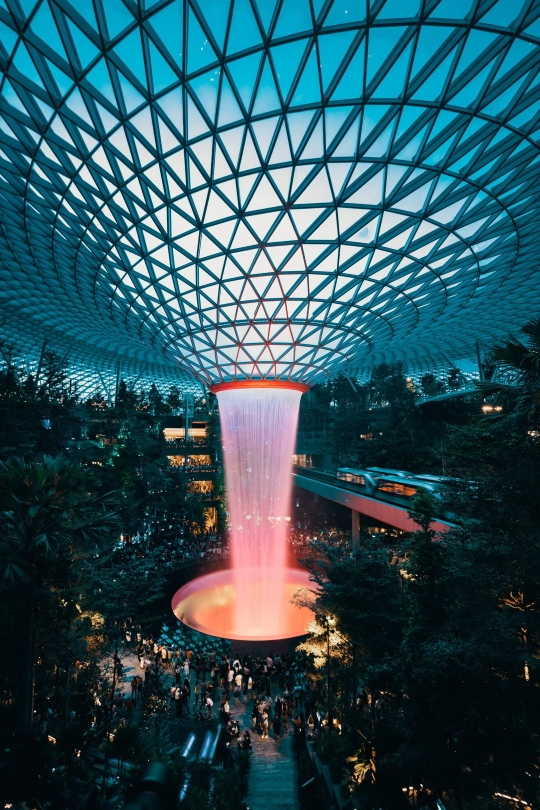 The Singapore REIT (S-REIT) market has evolved dramatically since its inception in the early 2000’s and is clearly the leader in Asia thanks to a flexible REIT regime that has evolved over time. This has led to greater flexibility and scope of investment by existing S-REITs and to growing number of S-REITs with offshore assets trading on the SGX. As a global REIT investor, we generally prefer to invest into REITs that are listed on local markets where their assets are located and generally prefer REITs in Singapore that focus on the local market where they have expertise, local property market knowledge and relationships. We believe this gives them an edge and allows them to actively manage their assets with a local property team often from a developer sponsor. However, for generalist investors or private investors, having the ability to invest overseas via their local market will allow for diversification. As mentioned we have preferred to invest in locally listed REITs (e.g. JREITs in Japan, AREITs for Australia, etc.) as we believe their local listing and presence will lead to better returns and lower costs over time.

We have made exceptions to our general rule and, in both cases, we have invested in REITs listed in SG with assets overseas. The first example is Ascendas India Trust, backed by Capitaland-Ascendas and listed 2007. Technically, not a REIT and structured as a business trust, it is quite similar to an S-REIT, but is able to take on more development risk and gives exposure to the business park market in India which has benefitted immensely from information technology outsourcing thanks to India’s deep pool of talented IT workers. Prior to the IPO back in 2007, Ascendas had been active in India for a decade and had learned the challenges of operating in that market. We felt they could operate similar if not better than the local players that had also listed vehicles in Singapore around that time. They also brought much better governance structures to the sector compared to local real estate companies.

The second example is Frasers Property Limited, FPL, Logistics Trust, (FLT), which listed Australian logistics assets and is strongly supported by a local team that Frasers had acquired in its purchase of Australand. Thanks to the strong local presence and track record, we were confident to invest in this vehicle as we felt it offered an attractive valuation and stacked up well versus local comparable REITs at the time. Given the management and sponsor platform in Australia, we felt confident that this REIT would be able to manage its assets similar to any pure locally incorporated A-REIT. The REIT then went on to acquire assets in Europe, but those came as the sponsor, FPL, bought platforms in Europe as well which could support the REIT a pipeline of assets, property management, and other intangibles that come with being a local owner/operator. The REIT has now merged with a sister REIT, Frasers Commercial Trust (FCOT), to form Fraser Logistics and Commercial Trust and both have the support of the Frasers real estate businesses that are essentially local in Europe and Australia. FCOT, previously known as Allco Commercial Trust, was formed when Frasers took over the management rights of Allco Commercial Trust at the end of the GFC. Allco, which was primarily a financial firm rather than property company, got into trouble during the GFC and its REIT which expanded into markets outside of Singapore had difficulties on many fronts. This story was not unique and we saw several REITs in Australia that had expanded overseas (Japan, Europe, US) run into extreme difficulties and not have the strong local financial connections and resources to make it through. In many ways, we still view the example of the A-REITs as a cautionary tale for many S-REITs that lack sufficient sponsor support.

Several existing S-REITs have expanded their scope of investment to include overseas assets given the already high level of securitisation of core Singapore commercial property assets by S-REITs as a means to continue to grow and scale their trusts. There is some benefit to this growth for investors as long as the deals are focused on long term real estate fundamentals not short term increases to dividend that are susceptible to longer term leasing risks. Areas like logistics and data centres, currently the darlings of the real estate market, also lend themselves to overseas opportunities as the tenants in some cases are also global. Alibaba, DHL, JD.com, Microsoft, Amazon and its AWS subsidiary are global and one could argue that owning assets and providing space to them in several countries could be an advantage in leasing and development by the sponsor. We see fewer tenant synergies in office and retail. In any case, the appetite for investors in S-REITs that are growing globally in both logistics and data centres is strong and the S-REITs that are tapping these acquisition opportunities have performed well. We would like to see the sponsor of these REITs build out expertise in leasing and even development in those offshore markets which will be very important when the markets face challenges.

Again, we prefer S-REITs that are Singapore focussed and have been holders of Frasers Centrepoint Trust (negligible Malaysia exposure) since the launch of our first fund in 2007 and Mapletree Commercial Trust since its IPO. We believe both have been able to adequately achieve scale benefits while operating in a country where the sponsors has a strong position both with tenants and local banks. We understand the desire for some S-REITs to go global to find growth opportunities, but prefer if this is done as part of the sponsor’s move into those markets. The increase in size will lead to better overall liquidity and should help to re-rate those S-REITs. We caution on growth for growth’s sake given the recent GFC experience of REITs investing in overseas markets. For us, we continue to prefer local listed REITs in the US, Japan and Europe over those listed in Singapore for the most part as our funds can access local markets directly and for the reasons listed above.